On Sunday, February 21 from 3:00 - 4:30 pm, join us in celebrating Black History Month. We're honored to welcome three incredible panelists and a guest artist. 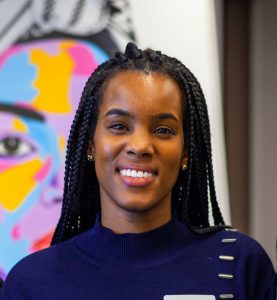 Alica Hall strongly believes in the transformative potential of the arts to empower and strengthen communities. She has a professional background in strategic communications, having spent a decade supporting health and non-profit organizations. As the executive director of Nia Center for the Arts, Alica is now heading up the development of Canada's first professional multi-disciplinary arts facility dedicated to supporting and showcasing Afro-diasporic art. This $ 7.5 million capital project will transform the Nia Centre's 14,000 sq. ft. facility to create a 150-seat theater, artist studios, a digital media lab, a recording studio, event space, co-working space and gallery space. 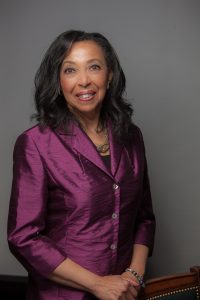 Rosemary Sadlier OOnt (Order of Ontario) is a social justice advocate, researcher, writer, consultant, and, international speaker on Black History, anti-racism and women's issues. She is the past President, serving for 22 years as the unpaid leader of the Ontario Black History Society - being the driving force of the secured commemoration of February as Black History Month at all levels of government; she secured August 1st as Emancipation Day municipally in 1995 and provincially in 2008 with a national declaration pending. She saw to the creation of the national day for the Hon. Lincoln Alexander.

She has given deputations to the UN Rapporteur on Race Relations, the Federal and Provincial Governments and on consultative work with the Royal Ontario Museum, The Ward heritage interpretative group, the Bi-National Study of the Underground Railroad and heritage conferences Previously she served on the final selection committee of the national Mathieu Da Costa Challenge for Canadian Heritage and the Canada Post Stamp Advisory Committee.

As an educator, she has developed or contributed to African Canadian curriculum, national exhibits and she was an appointed member of the College of Early Childhood Educators. An author, Sadlier has written 7 books on African Canadian history.

As an consultant, she affects diversity and inclusion projects, and, recently was appointed Equality Lead for the Americas and the Caribbean with the Royal Commonwealth Society. Sadlier is dedicated to social justice and using the frame of Black History, seeks to educate and empower others. 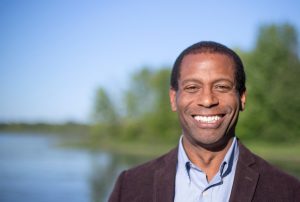 Greg is very involved in his community. He encourages people to invest themselves in causes that are important to them, and to work together to fight isolation and create a sense of community. It's why he organizes café croissant meetings, public forums and other public events in the Hull - Aylmer riding.

Greg has a strong background in politics. Previously, he worked as a policy advisor and senior policy advisor in a number of ministerial offices. He has also worked at all levels of the Liberal Party of Canada, including as National Director, where he introduced change and innovation that made the party more efficient, helping restore it to today's modern appeal.

He is passionate about running, politics and jazz, and he is proud of his community and everything it has accomplished. He and his wife are the proud parents of three adult children and doting grandparents to one grandson.

Please send all questions prior to the event, via email at [email protected]